Jenner: a sexist in women's clothing? 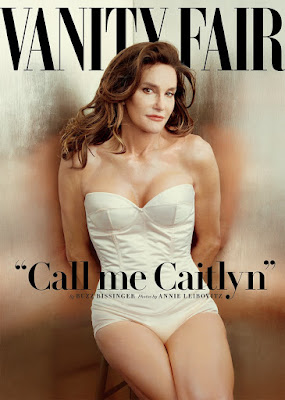 So, Bruce Jenner is a woman. I wish I could say I swallowed my TV remote when I heard, but I didn't. After eight years of Kardashiana I have come to expect anything from this limelight-seeking family. They run what must be the biggest reality TV franchise since MasterChef or Survivor, and to sustain our interest have pretty much done everything with the cameras turned on. I've seen them give birth, puke, piss, chase crocodiles, men, money, fame and food.

Ironically, as Bruce (this was prior to becoming Caitlyn) pointed out during his now-famous interview with Diane Sawyer for ABC, the biggest and most shocking revelation that might have featured in the Kardashian franchise escaped the cameras. Our gaze was on Kim and the girls, all the pretty women in the family who vied for attention and the fame and wealth it brought them.

The men in the family were pretty overlooked, apart from Scott Disick, Kourtney's husband, who attracted interest due to their rocky romance and his drinking and aggression. Bruce was in the background. He was this odd-looking character, who looked like he had spent too much time under the plastic surgeon's knife. In retrospect he didn't really fit in - probably because he wasn't as eye-catching or attention-seeking as the others and also, as we have now learnt, was trying to stay under the radar due to a big secret about his identity that he concealed, not only from the glare of the cameras but perhaps from his family.

Did Kris Jenner know? During his interview with Sawyer, when he surely must have broken the internet, he admitted he had told his first wife, who had brushed off the revelation as some kind of kinky fixation with women's clothing. Many people have assumed that Bruce's revelation is part of a publicity stunt. It is too painful and terrible a burden to be exploited, he purred during his interview. Hello? We are the Oprah generation; pain and struggle have more currency on TV.

Why did he need to turn his gender transformation into a TV moment and now a Vanity Fair break-the-internet moment? The Kardashians are ending, his relationship with Kris had come to an end, he could have slunk off into the sunset in a pair of kitten heels. No, my guess is his new identity is probably the grounding for his new TV incarnation - the Caitlyn Jenner reality show? (Why did she not go for a Kaitlyn with a 'K' like all the other Kardashes?)

After years of living in the shadows of those big-booty Kardashian girls has she worked out that being a woman is how you get noticed? Or at least that power is accrued via the 'image' - not just as a woman, but one that is already celebrated, like Jessica Lange. The revelations about his transgender identity surely must signal the death knell of these vacuous reality shows, given the "reality" factor, the truth, was concealed for so long - almost a decade.

When these sorts of shocking confessions come to light about someone starring in a fictional series they are received with surprise. But when someone in a reality show is revealed not only to have been acting, but playing a man, which is almost always viewed in a patriarchal society as an impossibility, given that masculinity is set up as a natural and irrefutable state of being, the whole illusion of authenticity that supports a reality show is eroded.

Bruce was playing a man instead of a woman, his true identity. And if Bruce isn't a man, who the hell are Kris, Kim, Khloe? The whole alliterative family dynasty crumbles under the weight of its artifice and reality TV is revealed to be nothing more than a distant and cheaper cousin to its fictional competitor.

This TV moment with Sawyer also revealed that the real confessional space in American popular culture remains the old-style one-on-one interview with the seemingly anachronistic figure of Diane Sawyer - the old-school journo who apparently has less and less place in the post-journalism world in which we have peculiarly found ourselves. The real stuff, the behind the scenes stuff doesn't happen in the reality sphere - who would have thought it?

Frankly, Sawyer was annoying as she embodied the voice of this unenlightened American, who understands gender and sex only in binary terms. If I had two hours with Bruce on a couch, I would have asked him to describe "a woman's soul", as I haven't the faintest idea what that is. It was such a sexist comment.

Caitlyn may have long hair and claim allegiance to the fairer sex, but she is the ultimate chauvinist - or does turning into a woman now preclude him from this  - as she assumes that not only are women different physically, but their 'souls' are distinctly shaped by their physicality. She may well wish to reject masculinity; it is hard being a man and living up to the expectations entailed, but does becoming a woman really present an escape from that?

Initially, after the interview, I was annoyed with the fact that Jenner appeared to be able to choose when and how he would become a woman, the terms of his femininity. That was before I saw
Caitlyn's appearance and what kind of woman he would choose to be. Now, post the Vanity Fair, break the internet image, it is clear that he embraced the stereotypical female ideal, which he was always hinting at in the interview with Sawyer. Yes, if you are going to become a woman it would be wise to make sure you chose to be beautiful, because our society continues not to celebrate women who do not conform to this. In this process of refashioning his identity, he chose well. All women would chose to be beautiful; this is apparently the only position from which we can really draw power.

In the widespread celebration of Caitlyn, our society has further confirmed that this is indeed the case. If Caitlyn was not beautiful would we have celebrated this transition? We also need to ask why the transgender moment and similar moments in popular culture (Laverne Cox, Conchita Wurst) have been heralded by men who have transitioned to women and not the other way around.

Back to Caitlyn. If Caitlyn's identity and shift in identity hinges on being a beautiful woman, what does that mean for women? Caitlyn's sexist attitudes, which were revealed not only in her notion that women have a generic 'soul'  but the patronising tone she took with Sawyer - "so do you understand?" she reiterated as if she was a child - showed that while he was coming out as a woman, there was an old-fashioned man buried under that long hair. How can he assume to know a woman's soul, when he is drawn to the aspects of womanhood that woman are trying to escape - the limits of being defined by their bodies?  Has he appropriated the best of what he assumes women enjoy and remained a man at heart? We have to ask these questions.

The world has remained silent on his appropriation of femininity because it is always assumed that men 'own' women - as Judith Butler has suggested the female identity is conceived as an extension of masculinity. It is defined by men as a means of shoring up their identity. Jenner has not collapsed the binary gender positions, because he can only conceive of gender through the lens of binaries, and has further entrenched them by embodying the cookie-cutter female identity. In his mind, it appears as if being a woman means looking like a beautiful Vanity Fair pinup. Unfortunately, for most women and transgenders this isn't the lived experience and it signals a condition where their acceptance by society remains conditional on their appearance? How does this advance the liberation of women? If my soul is not a woman's soul, does that mean I am not a woman. Oh Jenner!  - an edited version of this first published in The Sunday Independent, May 3, 2015.
Posted by Mary Corrigall at 4:45 AM