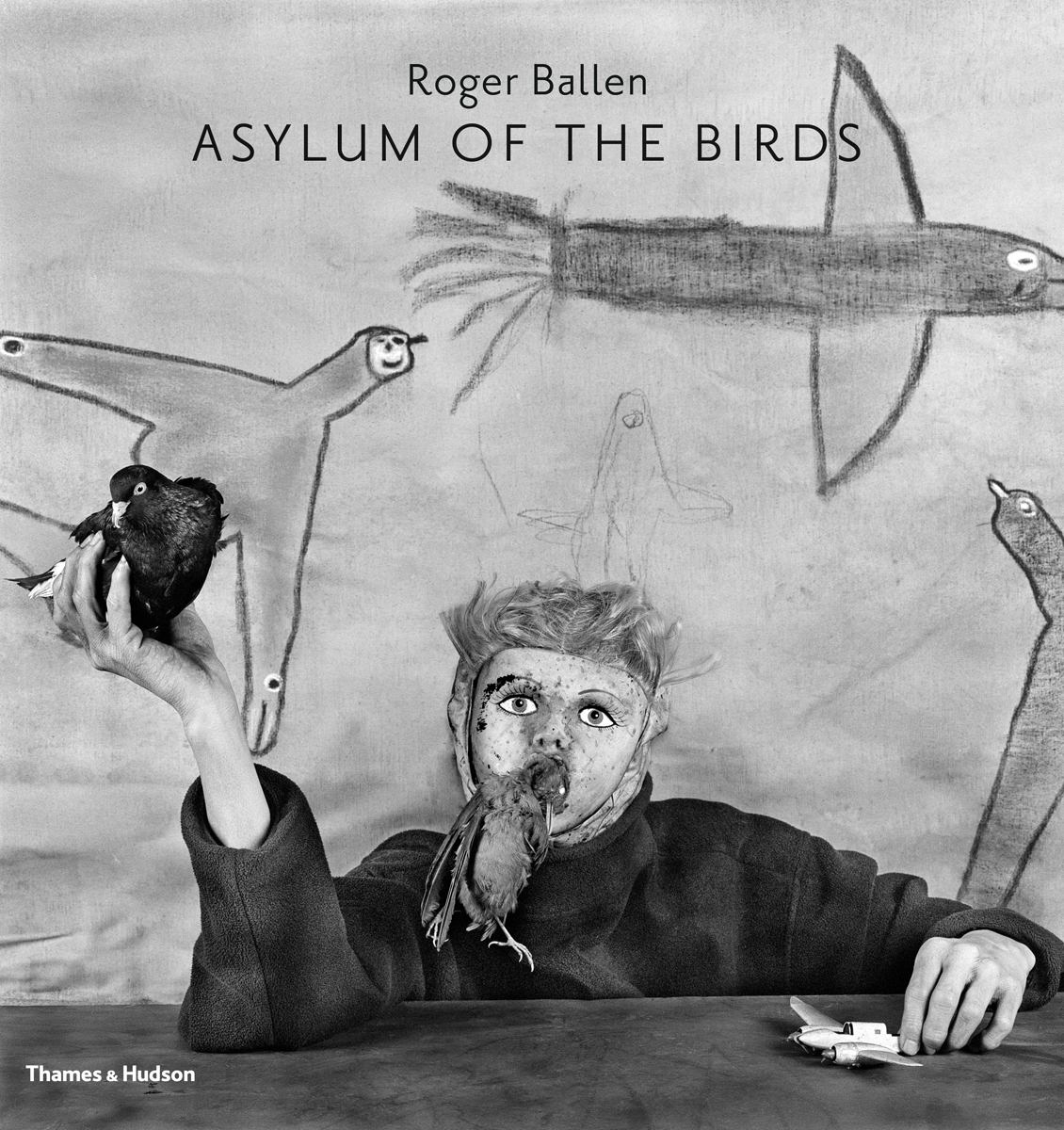 Roger Ballen has an office. Of course, this makes practical sense; as an internationally recognised artist with museum and commercial shows running concurrently throughout the world, he requires assistants and administrative staff who would need to work from somewhere.
Yet the idea of an artist, and one like Ballen whose work is defined by haunted dark spaces, working out of an office in a plush corporate building in Parktown, Joburg, jars with expectations.
We should be meeting inside a crumbling, dirty building or perhaps in a tranquil garden surrounding a mental institution - the outskirts of a place that deals with the "shadows of the mind" as |he dubs the main drive of his photography.

It is not an ordinary office - shelves in a waiting area are lined with the macabre ephemera I recognise from some of his photographs; disused toys, animal |skins, cages.
It could be the prop room for a horror movie, except for the plush furniture and industrious assistants who frequently check a large printing device that is churning out Ballen's black and white prints.
His macabre photography is big business. Maybe it does belong in an office park after all.
The scale of his photographs has grown, too, as have all photographers' work here. Photography has fast become an immersive medium, a condition which is undercut by photography books, which deny this and limit the impact of images.

Yet it was via his books, in particular Platteland (1994), a photographic essay documenting impoverished white people living on the fringes, that Ballen cemented his career. His seemingly negative portrayal of this population - some subjects are the products of inbreeding - may also have contributed to the interest the book generated.

Nevertheless, the book format has allowed him to more clearly set up relationships between images, and in past years, to reconsider his oeuvre. His new book, Asylum of the Birds (Thames & Hudson) includes photographs dating from as far back as 2005, tracing the trajectory of the bird motif.
It is hard to overlook this theme, not only in the book, which features image upon image in which a bird (mostly white) is present, but in his office, where birds are cooing in the background. The live props are kept in a storeroom with other creatures.

When the lanky American artist emerges from his office and I remark on the birds and his attachment to animals in his work, he brings out a cage to show me some baby rats. They are cute and it is kind of surprising to see Ballen revel in this. He could easily be a member of the Adams family or described as the High Priest of Darkness, a title borne out not only by a fixation with macabre subject matter but his serious, brooding demeanour. 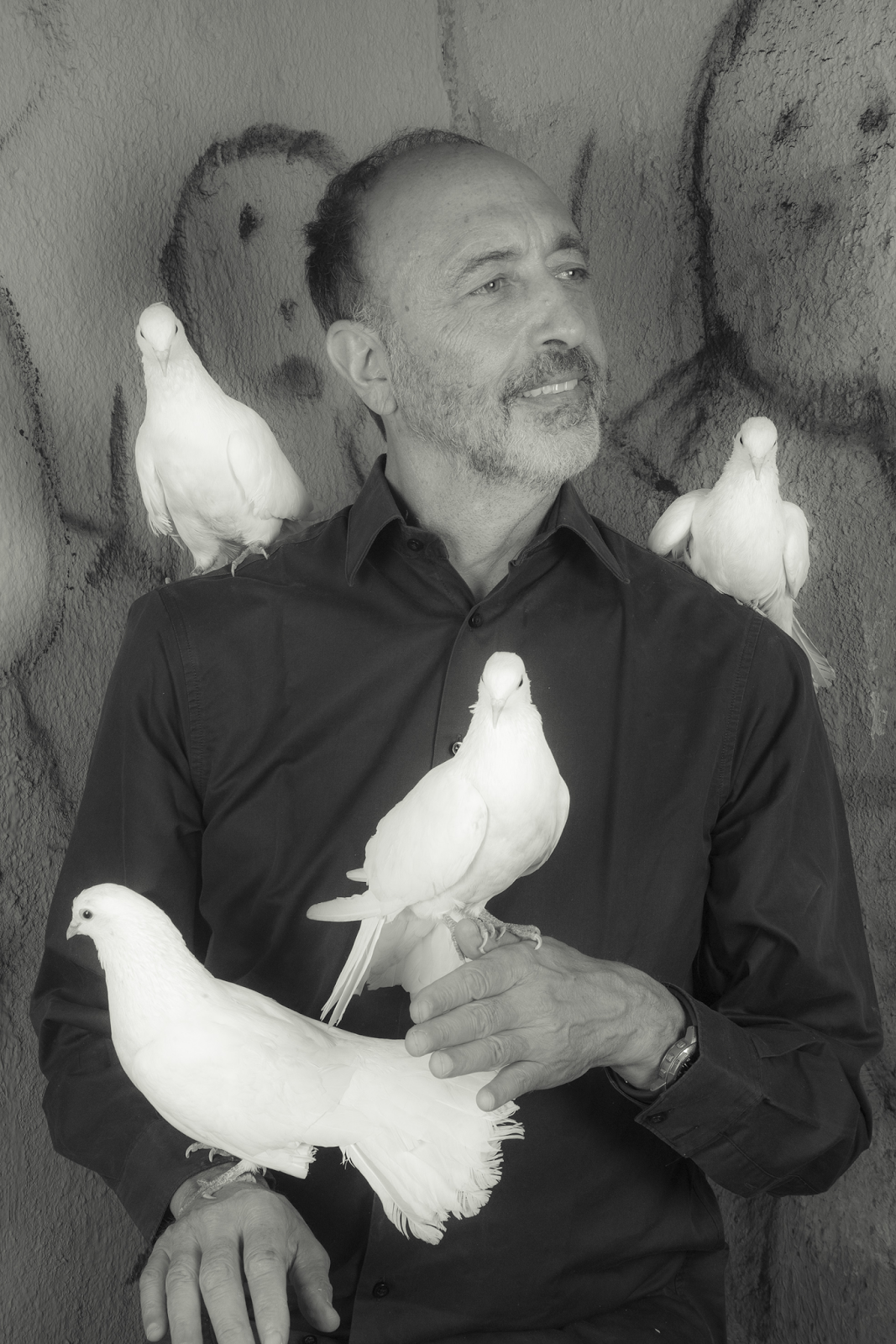 Over the years, I'm not sure I have seen him smile or laugh, although his work has always been laced with a kind of absurdism that appeals to those with a dark sense of humour. Some of the images in Asylum of the Birds would warrant the ubiquitous LOL (laugh out loud) label.
It is via the juxtaposition of the titles (he says he dreams them up after taking the images) with the photographs that the humour is evoked. Such as Unwind (2013), which depicts a man lying on a bed with film tape wrapped around his body.

Like the subject in Caged (2011) whose head is trapped inside a bird cage, perhaps Ballen lives inside his head more than outside it. The birds confined to the upper reaches of the cage, and those present in all his images, suggest that while his mind (his work) might offer him the chance to fly, to imagine, such flights of fancy are also a bitter reminder that there is no escape from the mind.
It's a condition we all live with, but perhaps for Ballen it is more painful given he is so sharply aware of it.
"I have had this existential drive all my life," he confesses when we face each other in leather sofas adjacent to his desk.
Asylum of the Birds best illustrates this paradoxical human condition of the mind as a place of refuge that offers the chance to re-imagine, recraft reality (as Ballen does in his photography) yet through the repetition of symbols of horror - the headless or toothless men, animal skulls and naive doodles that appear to be left by the inhabitants of this house of horrors - it appears as if there is no escape from this dark and grainy world where the child self controls the adult one.

Read more »
Posted by Mary Corrigall at 5:11 AM No comments: