Something with a Pulse: Live Art Fest 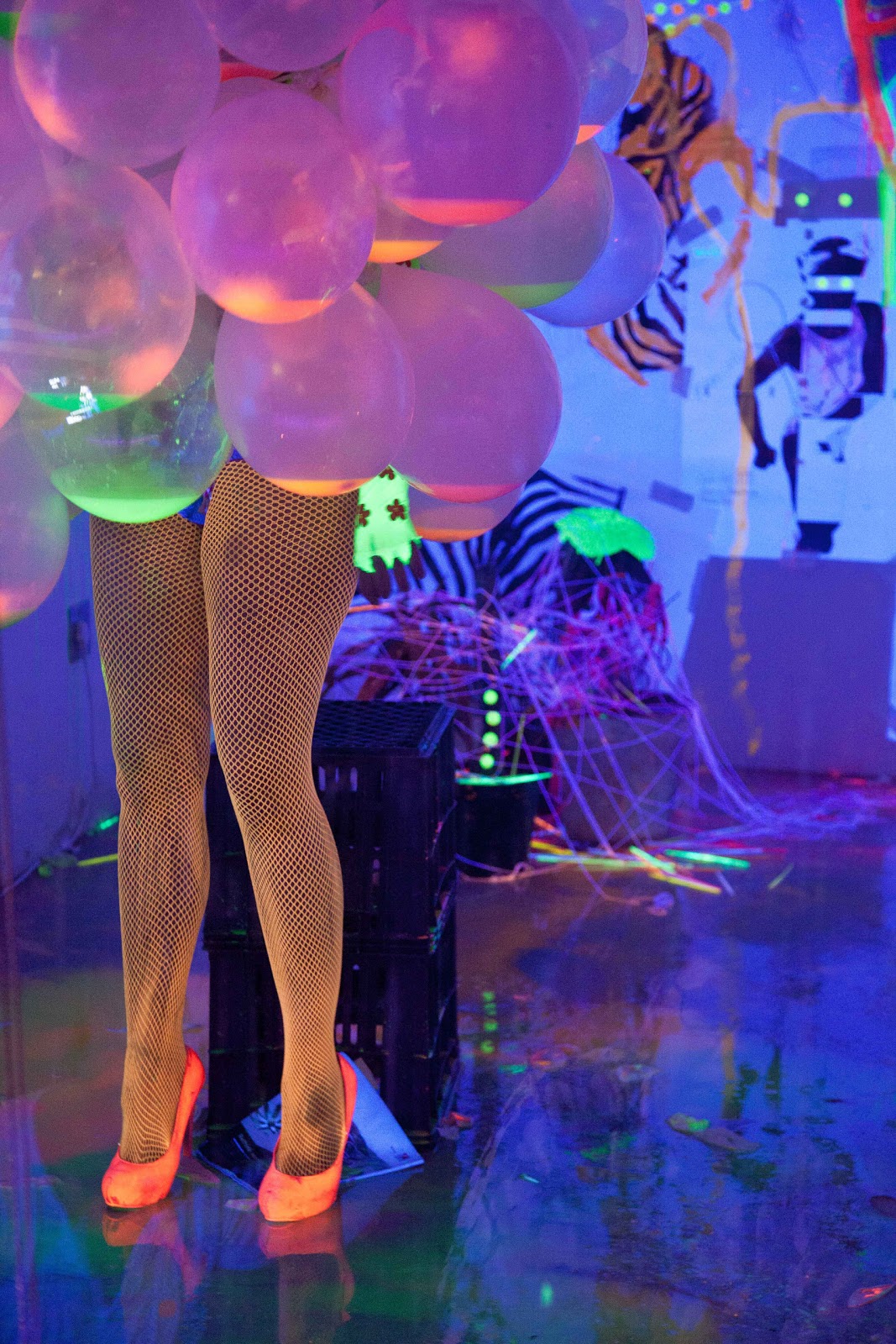 ‘Is he just going to stand there all night?” asks the little girl standing on a wooden bench in front of Athi-Patra Ruga’s Hope Street studio windows. A large crowd gathered in front of the building before the blinds were raised, revealing not one, but two performers. Which one was Ruga?

Ruga and Jade Paton’s upper bodies are hidden behind a plethora of balloons holding luminous liquid. Legs concealed in fishnet stockings and ending in pairs of matching red satin high-heels support these bulbous entities, which don’t look too dissimilar from a bunch of grapes. A neon light at the base of the window brings all the neon shades in their costumes, and in the images pinned to the walls in the room, into sharp relief.

It is like a scene from Amsterdam’s red light district, but for the fact that not a single inch of their bodies is on display and they are not stereotypical female personas, but The Future White Women of Azania – an unknown population still in the making. They appear like mannequins, too, though they totter from side to side, like inebriated whores, struggling to remain inert as their heels slide on the neon liquid released from the balloons as they pop.It is a gradual “striptease”, each burst balloon promising to bring us closer to the identities concealed behind the wall of bright plastic.

“This is boring,” declares the opinionated little girl. The balloons aren’t popping fast enough to hold her fickle attention. We’ve learnt to be patient. Performance art isn’t only a test of physical endurance for the performers but for the audience too. We expect to be bored at times. We need to feel trapped in the present in order to grasp its presentness, the weight of it. After all, some define performance art as “life itself, it doesn’t represent or portray”, or so reads a blurb touted by the organisers of the inaugural Venice International Performance Art Week that takes place in December.
Performance art is also finding new platforms in South Africa – mostly due to the efforts of one individual, Jay Pather, who has used his clout to help establish a division for this discipline at the National Arts Festival, a Standard Bank Award for a young artist achieving in this area – Anthea Moys was its inaugural recipient – and is responsible for initiating the Live Art festival in Cape Town.

Read more »
Posted by Mary Corrigall at 5:22 AM No comments: