Mimicking the Master: Hail to the Thief Reviewed 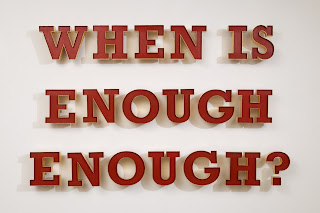 Brett Murray could not have planned it better himself. In front of the artwork dubbed Manifesto, a scripto-visual work presenting the phrase “Promises, Promises, Promises”, Liza Essers, the owner of the Goodman and Jackson Mthembu, ANC spokesman, were seated as they announced a settlement to the media, in which the ANC agreed to withdraw its case against the gallery and City Press, if the gallery agreed not to display Murray’s contentious The Spear .

The notorious artwork might have given the impression that Murray’s Hail to the Thief II exhibition was concerned with the president’s member but, in fact, he is more concerned with words, or on a broader level propaganda, political rhetoric. In such a context, words become objects; like the enlarged gold gilded letters of the word “Promises”, which creates the illusion of meaning and importance, though the word doesn’t offer us any idea what this “promise” might be. The substance of the “promise” is clearly irrelevant, bringing to mind the adage “empty promises”. This artwork epitomises the once-fashionable “one-liner” tradition of art-making that critic and theorist Julian Stallabrass dubbed “high-art lite”, referring to a brand of art that aspires to superficiality, to lightness – it was very popular in Britain in the late Nineties.

Read more »
Posted by Mary Corrigall at 12:23 AM No comments: