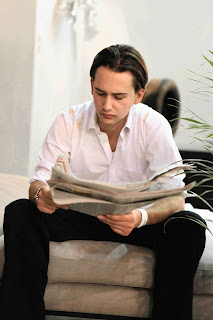 It is not often that going unnoticed by your audience is a sign that the performance is a success. But such is the case for the initial phase of Murray Kruger's Business Day Part 2, which appropriately begins in the swish Wanted/Businessday lounge at the FNB Joburg Art Fair (JAF) at the Sandton Convention Centre. In a pair of black trousers, smart black shoes and a white shirt, Kruger quietly inserts himself into the hustle and bustle of the art fair, immersing himself in a newspaper. He is posing, or should one say, becoming, a businessman, though one could argue that this attire mirrors William Kentridge's characteristic uniform.


His transformation had begun weeks earlier with a succession of haircuts. Finally, this generic businessman, office worker, coalesced during a shoot for Wanted magazine, where he had been selected as one of the supposed Young African Artists (YAA) - an invented appellation that recalls the Young British Artist (YBA) title that became synonymous with a certain kind of work in Britain in the '90s. In the context of a feature to promote his status, this scheme to pose as someone other than himself is almost self-defeating - being recognisable furthers your success. Certainly, a number of young artists at the art fair were grumbling that they had not been deemed a "YAA".

However, for Kruger, his business, his art, is rooted in playing someone other than himself, so retreating behind a facade is meant to work in his favour. "I don't want people to know me," he observed. Of course, the more known he becomes, the more difficult it will be to camouflage himself, to go unnoticed. For now, the 24-year-old performance artist is a relatively unknown quantity and his marketability in an art fair setting is negligible - performance art can't be traded here, unless it is packaged into a definable object.

The Joburg Art Fair, now into its fifth year, has become a space for artists to attract notice, particularly in the absence of a bullish market for contemporary art at auction. Marketability can be tested here. The artists that gallerists choose to show at the fair and what prominence they give them is already an indication of this, though some selected showstopper pieces are used as a way of drawing attention to their stands. In this way some of the art on display isn't sellable, though it is for sale. Such as Angus Taylor's Die Omdop Van Doosekerheid, a large square of rammed earth on a wooden frame, on display at the front of the Everard Read stand. Other galleries, like the Rooke, showed a collection of 1975 Pipeline Gun surfboards decorated by a variety of artists - feathered surfboard anyone? The market for novelty surfboards is probably more substantial than one for a giant cement mixer given an African fetish twist with nuts and bolts by Michael MacGarry. Future Proof takes up a small stand and, at R300 000, is not something just anyone would pick up on a whim, yet David Brodie, one of the directors at the Stevenson gallery, isn't bothered if it doesn't sell during the fair, as he is sure it will eventually find a buyer. He doesn't view the fair as a space to aggressively sell art.
"Most of our clients don't come to the fair to buy from us, we are already interacting with them so we see the fair as a place to challenge viewers, so less of our focus is on objects and projects instead.
"But I do think you will get more bang for your buck with this baby," he observes, banging on the side of MacGarry's sci-fi sculpture as if it is a washing machine with all the bells and whistles.

Read more »
Posted by Mary Corrigall at 2:36 AM No comments: 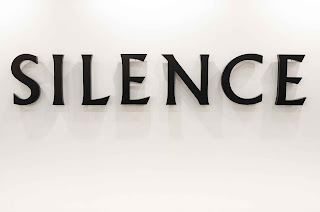 Read more »
Posted by Mary Corrigall at 3:37 AM No comments: 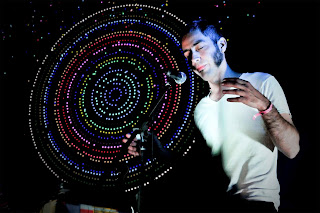 Read more »
Posted by Mary Corrigall at 3:24 AM No comments: