Why the National Arts Festival isn't about art 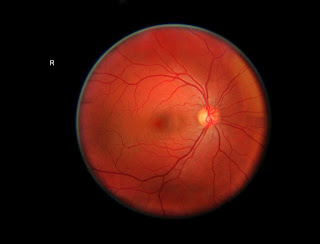 The National Arts Festival is one of the most significant events for arts critics and commenters because it offers us a condensed view of our cultural landscape. Well, aspects of it. Fact is no one comes to the festival to come to grips with contemporary art for the simple reason that there are only a few shows that map this territory.  This year Ruth Simbao’s gargantuan Making Way: Contemporary Art from South Africa and China has been a welcome addition, and hints at a brand of exhibition that should be commonplace at the festival, though the themes underpinning it are tired. The new Performance Art programme has seemingly also opened up opportunities for visual artists to enter the festival fray, though of course, it conforms to the privileging of live performance and has been created to accommodate works at the festival that straddle dance, theatre and performance art. Can, should, visual arts and performance art be separated out? That half of this year’s line-up is attached to Simbao’s exhibition suggests the separation can't be cleanly done.

Usually, it is the exhibition produced by the recipient of the Standard Bank Young Artist award that must fly the flag for contemporary art. Fortunately, this year, Mikhael Subotzky has delivered with aplomb; Retinal Shift, is undoubtedly his strongest exhibition. It is not a rehash of work he has done before – often the case with this exhibition - though he does dip into his own archive.

Because the Standard Bank Young Artist exhibition has become the touchstone for contemporary art at the festival it has become one of the most hotly debated awards. There are some in the art fraternity who believe it is easy to predict who will be the next recipient. If the award goes to an artist from the Goodman Gallery stable one year then it is likely that an artist from the Stevenson Gallery will be sure to garner it the following year. The Goodman and Stevenson galleries are the dominant players in the local art market, so it makes sense that artists bent on success in local and overseas spheres need to be signed up to one of them.  It is easy, therefore, when looking to identify a young artist on the up-and-up to select a winner aligned to one of them.

However, as these are commercially driven entities, it does not follow that an artist’s products have no (ideological or cultural) value if they exist outside of these realms. The judges of this award, who are, I believe, the self-same group of individuals responsible for the art programme, are defining how contemporary art is presented at the festival, and thus, how it is conceived by audiences. Inevitably, the view can only be a limited one – and in some instances is out of touch with the scene altogether or a parade of Grahamstown’s artistic talent. Eastern Cape based artists don't get much exposure, so it does make sense to use the platform to promote their work but  more often than not only established Grahamstown artists are given preference - this year two shows were produced by Rhodes-based academics (Simbao and Maureen de Jager). Perhaps out-of-towners are not putting in proposals?

There is no set budget for visual arts, according to Ismail Mahomed, festival director. He doesn't want to be locked into spending set amounts on particular disciplines;  he needs to have the flexibility to be able to accept promising proposals. Fair enough, so I suppose the question is what percentage of the overall budget is being spent on the visual arts programme compared to the other disciplines year in and year out? No additional funding has been secured to channel into the Performance Art programme, according to Mahomed.

Then there is the question of gallery space. The Monument Gallery at the Settler's Monument where the recipient of the Standard Bank Young Artist Award for visual arts presents their exhibition isn't ideal; many past winners have spent money on kitting it out. The Atherstone Gallery, also at Monument, is a bit of a misnomer; it looks like a vacated office. Usha Seejarim's exhibition this year, Venus at Home, completely flopped in this venue. The work wasn't ready to show and certainly, Seejarim and curator Les Cohn, who curates a show at the festival almost every year, should have made a plan. Nevertheless as art is about visual display, there should be some sensitivty on the part of the organisers about this fact.

The Fringe programmes for other disciplines has served as a place for artists outside the commercial mainstream. In the visual arts this should benefit those who are not aligned to Stevenson or Goodman, but this model hasn’t worked for art; the work that is exhibited under this rubric is not “curated”; it’s a willy-nilly, haphazard parade of work by Sunday Painters and decorative art. That  no visual artists are accommodated on the Arena platform - the intermediary showcase for those who have proved themselves on the fringe and may be headed for the main programme - or are open for nomination for the Ovation Awards further demonstrates how the visual arts are sidelined at this festival.

The organisers aren’t only to blame; the art community have shown little interest in participating in this annual event. Though big commercial art entities such as the Goodman and Stevenson have profited from their artists taking centre stage at the festival, they do little to pioneer other initiatives. Stevenson did arrange for Serge Alain Nitegeka to install a work in Gallery in the Round last year but these kinds of projects are sporadic. Public art institutions and independent curators tend to shy away too.  Commercial entities don’t see any monetary advantages in participating – no one buys contemporary art at the festival, they say – and the latter can barely raise funds for projects in their own galleries and prefer venues that are targeted at an art friendly crowd.  It’s a Catch 22 situation; because the festival hasn’t proved a valuable platform for contemporary art it hasn’t attracted visitors interested in this arena, perpetuating the perception the festival simply isn’t “about art.” - an abbreviated version of this post was published in Cue, July 5, 2012

The artwork above is Self-Portrait by Mikhael Subotzky

While it is true that theatre and music, rather than the visual arts, have been the main core of the National Arts Festival, Sean O’Toole, Percy Zvomuya, Percy Mabandu, Charl Blignaut and others were there writing about the visual arts. While it is true that many of the visual arts spaces at the festival are not conducive to a contemporary project space or white cube feel, as they are not dedicated art spaces, this doesn’t have to stop an art critic from actually looking at the art—in depth.

It’s interesting how Sean O’Toole wrote about what he did NOT see in “Looking for Mr Vicious Delicious”. Looking for Athi was like looking for Wally and many did not find him. O’Toole’s piece reveals the wonderful ways in which we represent performance art after the fact, often finding that story-telling beats visuals, especially when you can’t find them.

However, critics who looked hard were rewarded. Charl Blignaut followed Athi-Patra Ruga’s entire performance on the ground and was the only critic to write significant substance (City Press, 6 July 2012). Zvomuya and Mabandu found Doung Anwar Jahangeer’s unlisted performance, “The other side with the Matebese family”, which featured the painting of the Settler Family statue at the 1820 Settler Monument. (See Mail and Guardian, 6 July 2012).

As for the underpinning themes of the Making Way exhibition, I’d encourage a more considered look (www.makingway.co.za). The issue of China’s engagement with Africa has recently become very important in the Social Sciences, and has barely started to be discussed in the arts. While an artist like Michael MacGarry represents his (rather negative) views of China, it is rare to find an artist like Lebogang Rasethaba who has actually lived in China and produces work with significant cultural awareness and understanding. He is a young filmmaker to keep an eye on as his thoughtfulness exceeds his age. His work, and the issue of China and Africa in the visual arts, can be read about in more depth in the First Word, “China-Africa Relations: Research Approaches” in the African Arts journal (Summer 2012).

Another key theme of Making Way was xenophobia, an issue which remains socially pertinent, and which is developing into new forms of Sinophobia in Africa and Afrophobia in China. It would be unfortunate to treat an art exhibition that deals with such socio-political issues like a fashion show, implying “xenophobia was so 2008”. Young artists such as Dotun Makun continue to deal with this issue in significant and subtle ways. His work can be found at http://www.research-africa-arts.com/dotun.html.

Thanks for your comment Ruth. Yes, there were many art critics in Grahamstown during the festival but contrary to your observation, I would suggest that there was no in-depth analysis of any of the works on exhibition. I think it is also very telling that the two articles that you do mention focussed on one of the few live performances or experiential encounters attached to your exhibition, which conforms with this idea I have expressed that the festival privileges "live performance" - this is one of the reasons I believe the visual arts have been sidelined. This is an audience preference to some degree.

I am not sure I follow your logic regarding the marginalisation of the visual arts at the festival; because parts of the visual arts programme was written about proves that this isn't a reality. You imply that instead of bemoaning this fact, I should simply write in-depth articles about what is on exhibition - or more specifically your exhibition. I chose to write an in depth piece on Mikhael Subotsky's exhibition and followed that up with a feature looking at the themes that united all different kinds of works at the festival, which unfortunately your exhibition didn't really feed into. I believe I was the only art critic who produced such a (multidisciplinary) overview and perhaps the only one who critically engaged (which is different to narrativising the experience or falling back on pure description) with the work of Steven Cohen and Brett Bailey. Your exhibition did deserve the attention of art critics; and it is a pity that none of us did focus on it. This may be a consequence of the phenomenon I have outlined: the art world don't pay much attention to what occurs at the National Arts Festival.