How effective is activism in a gallery setting? 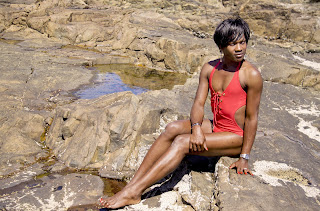 IT’S Ironic that Lulu Xingwana’s highly published disapproval of Zanele Muholi’s now landmark photograph of two black naked lesbians spooning brought her cause into the public domain in 2009. Before that, her photographs of this marginalised and stigmatised group had largely been confined to regular gallery visitors, who tend to have liberal views about sexuality. She was preaching to the converted. As a result her documentation of black lesbians in gallery contexts evokes a sense of futility, or at least to some degree dilutes the activist impulse driving the work. Her work’s commercial, aesthetic and art historical values are more significant in this setting.

Xingwana’s reaction underscored the value of Muholi’s photographic study: if an individual from the high echelons of our society harboured such narrow attitudes, it was proof that prejudice against gay people ran deep. Press coverage of the debacle no doubt inspired Muholi to make a documentary, Difficult Lives, which is part of this new exhibition, Inkanyiso. The documentary gave Muholi a chance to contextualise her work and challenge her critics. It is pitched at the man/woman in the street, and its educational nature makes it feel like a clumsy appendage in the Stevenson gallery. It is not a video artwork  and ultimately its circulation in more public contexts might have more impact than her photographs.

Muholi is not unaware of the power of film:  this exhibition includes a short video work in which a transgender man explains how he has been the target of abuse since he was a child because of his ambiguous status. Muholi probably wished to bring into focus that which was silenced in the photographs: the impact of repetitive abuse on an individual. Certainly, it is hard to believe that behind the beautiful female façade lurks a frightened and harassed person. In some ways the mask is part of his victory over his persecutors, though it also is a convincing camouflage.

It is not a terribly successful work; it’s overly didactic and at times it plays like a Carte Blanche insert. Because Muholi has such an explicit objective, sometimes the message eclipses the work or subjugates it, particularly in this case. One senses that with the use of video she is trying to extend her practice beyond photography and undoubtedly her followers are eager to see a shift in her strategy.

Inkanyiso presents two series of photographic works; those of transgender men in contemporary and traditional women’s clothing, thus challenging the notion that homosexuality is “un-African”, and a wall of uniform-sized images of lesbians, which is an effective displayin terms of affirming the existence of a community. Muholi’s treatment of these two distinct groups differs. The former are shot in colour and often from afar, accomodating their bodies in a manner that recalls traditional representations of the female form in Western art. The poses they strike and the emphasis on their bare flesh evokes this stereotypical representation.

One photograph, Senny Mzolo I, Observatory (2011), looks like a glossy magazine image, with Mzolo beautifully made up and posing in lingerie. Muholi’s treatment counters the visual culture generated by magazines and artworks that reinforce and perpetuate heterosexuality as the dominant norm. However, Muholi indirectly affirms stereotypes about femininity. The feminine subject, whether male or female, must offer her/his body up to the gaze of the (male) viewer. The portraits of gay women are rendered quite differently. They are all tightly cropped so that their bodies are almost obscured. The emphasis is on their penetrative stares and solid stances, which evoke a sense of individual power.

Consequently, the men and women who pose for Muholi don’t seem to have escaped gender stereotyping, they have simply swopped one stereotype for another. In other words the gay women mostly appear to adopt a male persona, thus conforming not only to a notion of masculinity but creating a fixed identity for gay women.

Muholi can’t be held accountable for this phenomenon but in her treatment of her pseudo male and female subjects, she draws a perceivable boundary between the sexes, even though the genders are reversed. These stereotypical gender “uniforms” allow her subjects to claim a social territory and certainly she solidifies and reinforces their presence through her documentation of  them. But you can’t help feeling that this kind of activism would carry more weight in a more public arena. - published in The Sunday Independent, 2011
Posted by Mary Corrigall at 9:35 AM