OMG: Who is buying this kind of art? 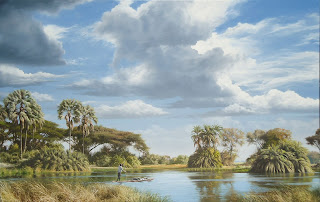 It is hard for me to decide what is worse: that there are still artists producing romanticised images of Africa or that these images are being sold in Africa? It would be easy to mistake the above painting to have been produced somewhere in the 1800s but, regrettably, this is a present-day rendering by a Danish Artist called Paul Augustinus whose exhibition of paintings will open at the Everard Read Gallery next week. This is not an extraordinary event; I have received number of invitations from this well-established gallery that have evoked a sense of déjà vu of the worst kind. The question that this phenomenon begs is this: how educated are the buyers of South African art in this country and what is the consequence of this for artists? Could this be why Strauss & Co continue to flog Pierneefs instead of MacGarrys or Hlobos?
Posted by Mary Corrigall at 11:27 PM 5 comments: 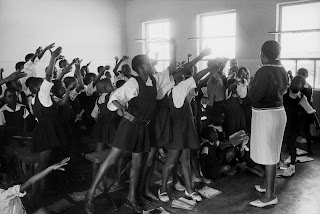 Read more »
Posted by Mary Corrigall at 8:37 AM No comments:

Why Marilyn Martin is pissed off 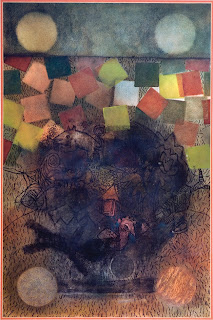 I heard that Marilyn Martin was less than enchanted with me following my review of Louis Maqhubela’s retrospective at the Standard Bank Art Gallery. I know that it is politically incorrect not to like Maqhubela’s work or at least to publicly express such a sentiment but I decided awhile ago that if artists didn’t have to play by the rules than art critics shouldn’t have to either. After all I am paid to offer my opinion, not simply to regurgitate that of a curator or society at large. Despite the tight deadlines under which I work I am never careless with my opinion or dismissive of an artist’s work. No matter how much the work might not appeal to me, I consider it quite carefully.  I did agonise over this review. I so wanted to feel differently about Maqhubela’s work that I consulted colleagues and acquaintances, hoping that someone could convince me about the merits of his work. What I discovered in my mission was that many shared my views but were aware that it might not be polite to articulate them. For Martin, Maqhubela’s significance is largely tied to the fact that he was one of the first black artist’s to adopt an abstract vocabulary. From today’s standpoint I think we owe it to Maqhubela to look beyond this fact and actually engage with his work.  I think it is very telling that the catalogue for this exhibition doesn’t really do this.


I don’t think that Martin did herself or Maqhubela any favours by getting Esmé Berman – who pegged Maqhubela as a “township artist” -  to open the exhibition. How could Martin expect to reposition Maqhubela within the canon if she relied upon the very person who contributed towards typecasting him? I have also grown tired of the way black artist's work is framed by the institution where they studied when this is never the case with white artists. In any case all these views are stated in my review:

THE ART historian Esmé Berman has a short memory. At the opening of Louis Maqhubela’s retrospective in which she admonished the art intelligentsia for overlooking this artist’s contribution to the history of South African art, she seemed to have forgotten that she was the main culprit. Having penned The Story of South African Painting in 1975 and Painting in South Africa in 1993, Berman had ample opportunities to assign importance to Maqhubela and reposition him within the canon.

Of course, these days no one would dream of writing a definitive history of South African art – linear narratives that logically plot out an entire history of any preoccupation have fallen quite out of fashion. Mostly, this is because historians now accept that such stories almost always flatten out the complexities of history and obviate the often non-linear movements that characterise human activities. Thus Maqhubela will most probably never appear in some grand narrative on South African art. Today history exists in fragments loosely tethered to other stories. Marilyn Martin’s catalogue that has been produced for this retrospective
exhibition is just such a fragment and will form the lasting legacy of her efforts to insert Maqhubela into history.