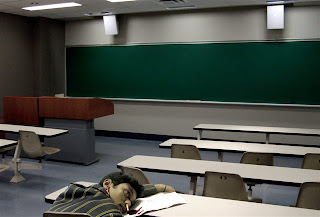 In typical Joburg fashion there were three gallery openings all starting at 6pm on the same Thursday evening; the Brait-Everard Read Award show at Circa, a group show, entitled In Other Words at the Goodman and New African Photography at Gallery Momo. Art gluttons such as myself didn’t settle on attending one of the openings but had rather ambitiously set their sights on attending all three within the space of two hours. As I drove towards Parktown North, however, I saw that Eskom, in its usual untimely fashion, had put a spanner in the works. The suburb was in complete darkness and when I passed by Gallery Momo I saw people holding candles up to artworks – so I drove with the hope that Circa might have electricity. They did.

Circa’s exterior is impressive but it is not really a functional piece of architecture; the exhibition spaces feel cramped – particularly the space downstairs - and the space upstairs, which is meant to function as the primary exhibition area, feels like an entrance space that should lead onto something grander. Nevertheless because the venue does offer two disconnected spaces it is ideal for showcasing two bodies of work that are not interrelated, such as the work of the winners of this year’s Brait Everard Read Award: Carmen Sober and Gabrielle Goliath.

I rarely miss viewing the Brait-Everard Read Award exhibition – the work is usually challenging and fresh. And this year’s winners didn’t disappoint, well, not completely. Both Goliath and Sober are pushing the limits of photography by destabilising the accuracy or veracity of the documentary mode as a purveyor of any fixed truths. Granted, not a new idea but they approached this objective quite differently. Goliath’s exhibition was an extension of her preoccupation with identity politics. Multiple portraits of young coloured women in identical outfits rendered in a sort of Pieter Hugo style (pervasive light illuminating the subject’s face) all functioned as portraits of someone called “Bernice.” Adjacent to this line of portraits was video footage revealing the “real” identities of these women, thus propelling a search for the actual Bernice, a name the artist also assumed. I wasn’t particularly enthralled – mostly because I felt that it was simply a reversal of the modus operandi she employed in Ek is 'n Kimberley Coloured.

Sober’s exhibition had a bit more zing to it.  Through different modes she presented the viewer with situations that were seemingly both real and fictional where unthreatening objects were shown to be lethal. In one scenario a school boy is shown slumped over his desk, stabbed in the nose by a pencil. A newspaper article documents how infected bananas can eat away at human flesh.  In other words she meditates on fantasies cooked up by a paranoid society that feels under increasing threat from the world around them. At the heart of this anxiety they are fearful of themselves; for they are responsible for “corrupting” these objects.

Next stop was Gallery Momo, which was packed to the rafters - interestingly, with mostly black spectators. It is rather depressing to think that white South Africans more readily patronise white-owned galleries and black South Africans are more likely to make a bee-line for black-owned galleries.  WTF? Are galleries perpetuating this division?

I was looking forward to viewing “new” African photography. But I had seen much of it before or was already familiar with the work; an enlarged Siemon Allen ‘record’, Sammy Baloji’s works, where he superimposes scenarios/people from the past onto politically charged landscapes (they showed at the Bamako stand at the Joburg Art Fair last year), and Patricia Driscoll’s semi-abstract painterly-like landscape photographs. I had sort of been excited to see Ayana Vellissia Jackson's photographs – one of which was used for the invite. But when I had a closer look at the photographs of a woman pictured in different ensembles including Victorian period dress and spotted the phrase “intersection between race and gender” I looked around for the wine; the work felt like a poor imitation of Mary Sibande’s work as even Goliath’s, Lawrence Lemaoana’s.  I have grown incredibly weary of art that engages with identity: in order for this discourse to remain pertinent it needs to develop in a new direction or at least manifest in a new way. Please!!

I literally skidded into the Goodman Gallery as the last dregs of wine were being consumed so I only had time for a very quick perusal of the works on display, which I kind of regretted because there was a lot of good work on show. It was good to see some of Kendell Geer’s works – the beaded aprons -  which I assume from reviews, came from the hotly debated Third World Disorder. I liked these artworks the most, mostly because I think that purely scripto-visual art tends to feel a bit like a one-liner, which, of course, it is in a literal sense.  I will probably return to this exhibition and allow myself to ponder further on this brand of art so I won’t say anymore.

*The image above is one of Sober’s
Posted by Mary Corrigall at 12:52 AM