The so-called death of art criticism 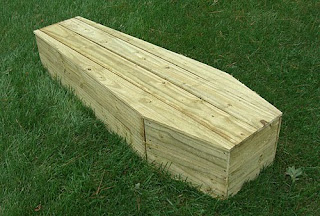 For reasons that will become obvious there are two oft repeated statements that really get on my tits. What irritates me about these phrases is not so much that they are true but that people unthinkingly and glibly repeat them without any real understanding of their cultural significance and do so thinking that it demonstrates that they have their finger on the pulse of what is happening in our fluctuating society.

These two sentences are:

I believe that these statements are both true and false. Let me explain: people might be preparing its coffin but the print media is not dead. Yet. There are millions of newspapers, magazines et al that are being printed, bought and read. I do not live under the illusion that this state of affairs will continue: it won’t and in fact I believe a shift away from printed media will benefit the likes of me. For you see while printed products might become a thing of the past, content and the need for well-written content will never die. So when people (smugly) turn to me and declare that the print media is dead, I respond with a warm, but patronising smile for they do not know of what they speak. They do not understand that it is of no consequence to me and that ultimately I shall be a beneficiary of this transformation.

As for those, which often include art critics, who declare that art criticism is dead, I would agree, that yes, a dated notion of what art criticism entails has come to end. In fact I would go so far to say that their observation has come fifty or so decades after the fact. Though I am in two minds as to whether Arthur Danto’s declaration that art ended somewhere in the sixties when that cheeky art prankster Andy Warhol exhibited his Brillo box, I do believe that it was around this time, or perhaps earlier, when Duchamp exhibited his urinal (has anyone noticed how that any discourse on contemporary art can never get beyond these two events?) that it became inevitable that art criticism would experience a seismic shift – after all, it does not operate independently from art-making.  For once attention shifted away from the art object and towards the ideas that underpinned its status as an art object, obviously a formalist assessment of art was rendered obsolete. Albeit that some so-called art critics in this country engage with art via the personality of the artist, shifts in critical thinking around authorship, where the society as a whole has become the de facto author, have also seen a kind of criticism centred around the artist’s personality (and one that I would like to point out dates back to the days of Vasari) become irrelevant.  In literary circles a move away from this brand of criticism is appropriately titled: New Criticism.

During my talk at Pre-Post-Per-Form in Cape Town last week, I outlined some of my thinking about criticism vis-à-vis performance and interdisciplinary art – the main focus of the colloquium.  I think what I make clear in the following extract is that I believe that the shifts that have occurred regarding the art critic’s role, have been positive that they have opened up our field of play, that there is room for play in way that there never was before and that, as Boris Groys has also observed, the distinctions between art critic and artist have been blurred. In other words art criticism has never been more alive, yes, the field has been reconfigured, but those shifts should be viewed as liberating not signs that this is a moribund occupation.

“Given that critical postmodern/postructuralist theory has eroded the hard borders between all disciplines and fixed classifications are constantly being challenged and renegotiated the critic is no longer obliged to position the work within any set framework but can play freely with a number of existing discourses drawn from a vast array of disciplines applying them to suit their agenda. These shifts have also up-turned socially-prescribed notions attached to the preoccupation of the critic, thus freeing up the critic to engage with interdisciplinary works in a mode which is less concerned with naming and describing and delivering authoritative edicts. The postmodern/relativist position has unburdened the critic of issuing an absolute truth. Thus there is a tacit agreement that whatever pronouncements we make, while informed are purely subjective. In this way the critic is now able to engage with the work in a different mode, one in which the analysis serves to accentuate the work, adding new layers of information that are not readily perceivable to the naked eye. In this way I see the critic as a collaborator.”
Posted by Mary Corrigall at 11:19 PM