In Camera at Resolution Gallery 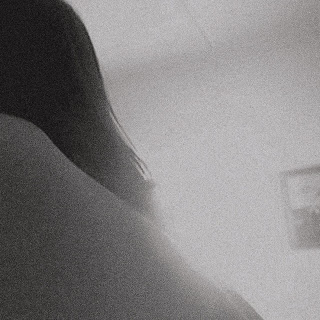 This exhibition may share the title of a Kathryn Smith exhibition held at the Goodman Gallery in 2007, but the themes it explores are quite disparate.

In Camera is a Latin phrase meaning “in private” or “in secret” and, though Smith unpacked its use in the legal context where testimony is presented in private chambers instead of in open court, the Rosses apply the term to a study of intimacy and its relationship to photography.

Rather appropriately, a female nude forms the centre of a dialogue between the two artists, with each creating a corresponding body of work. The female nude is a staple leitmotif in the tradition of painting and, therefore, loaded with historical connotations so it is interesting to note how differently these siblings engage with their common subject. Their differing approaches seem to be informed foremost by their gender.

As a woman, Alexandra is unable to represent the female form without referencing and subverting its representation in art’s canon. The male spectator is represented by the silhouette of a bust of an older man, which appears in the background of a number of her photographs and then on its own in a photograph entitled Second Fiddle.

This is a wonderful reversal of the old order, so to speak; firstly, the male observer is inserted inside the pictorial frame, rather than outside and, secondly, although he is a mythologised figure that haunts these images, he is a static and passive viewer without any agency. As the title of the photograph implies, he has been relegated to a subordinate role rather than a defining one, as was traditionally the case. Alexandra uses a laptop camera to execute the photographs, which facilitates a level of intimacy that conventional photography is unable to achieve because it renders the author of the images obsolete – there is no witness. In this way, the relationship that predominates becomes the one she has with herself and her own naked body.

It is a vexed one influenced by the tradition of the female nude. Fittingly, Alexandra recalls the work of photographer Man Ray, his famous Violon d’Ingres (Ingres’s violin: a French idiom for “hobby”) (1924), in which the female form is likened to a musical instrument, a plaything. Once again, Alexandra inverts the relationship; she becomes the object of her own gaze and enjoyment, and in showing poses of her back and derrière, she is able to discover parts of herself she is normally unable to view. In this way, the act of observing the nude becomes a journey of self-discovery rather than one of objectification.

For her brother David, viewing the female nude is a less politically loaded act. His photographs of a female nude (apparently his lover) suggest a desire to delve beyond appearances, to uncover the essence.

Though the result – large blown-up images of isolated parts of a naked body – infers a formal reading of his subject, it isn’t a clinical investigation. His piercing gaze seems to be motivated by a desire to penetrate those intimate physical spaces of another; the ones that no else is privy to.

In Close (2008), David concentrates on the soft curve of his subject’s back, which is contrasted with the thick strands of her dark, straight hair. David isn’t just interested in the subtle lines of her body, he revels in a view of her that only he appreciates and knows. In photographing these intimate moments, he is able to hold on to both a point in their relationship and her body – with time, both will transform.

Using a cellphone camera, David has also chosen a low-tech, unconventional camera to achieve his ends. The cellphone camera is not only easy to manipulate in small spaces, allowing for more intimate shots, but, as Aryan Kaganof’s SMS Sugarman – a movie shot entirely with cellphones – showed, it is a medium that is associated with intimacy and technically geared for close-ups.

David has blown up his cellphone photos so that the pixels can be seen, imparting a grainy texture that serves as a constant reminder that the image is mediated. Alexandra allows the process of developing the image – stains of the chemicals used in the developing process – to be visible. In this way, photography’s lifelike representational character is obviated and the specks, grains and stains operate like the brushstrokes on a painting, imparting a sensual, physical quality to the images. The medium becomes tangible.

In David’s work this practice underpins his subject’s ephemeral existence; just as the uniform pixels have coalesced into a recognisable form, it looks as if they could just as easily disperse and scatter, making it impossible to possess her.

This is an exquisite exhibition not only in a visual sense but in an intellectual one too. The siblings provide not only a striking counterpoint on the female nude but their intellectual and visual engagement with photography is also refreshing. They make a well-balanced collaborative team; whereas Alexandra is clearly more intellectually adept, creating more conceptual work that engages with art history, David has a gift for creating striking visuals that are more viscerally driven. – published in The Sunday Independent on February 1

Posted by Mary Corrigall at 7:29 AM No comments: