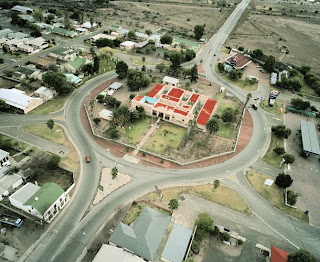 Ever keen to probe the unseen forces that shape our collective consciousness, artists are continuing to explore the factors that led to the xenophobic attacks that took place around the country last year. This exhibition owes its genesis to the attacks but is largely an effort towards unpacking the dynamics that bind communities, that give them a sense of togetherness. It is these properties that in turn become agents of exclusion.
During the attacks on foreigners the mass media focused their attention on the victims; this exhibition redirects the spotlight on the social forces that feed political and social dominance. As the title suggests, the focus is on the “us”, a dominant social entity, rather than the “them”, which is typically the marginalised and unwanted ”other”.
It’s a nice reversal but one that obviously has resonance for Africans, who have habitually found themselves marginalised to the fringes of a Western-dominated world. The title also recalls an abbreviation of United States, a powerful cultural and economic authority that has in its foreign and domestic policies displayed a degree of paranoia and rejection of the unfamiliar or strangeness of others.
But of course, the attacks on foreigners in South Africa proved that these power dynamics play out at micro levels too. All these factors contribute towards making the exhibition highly relevant but this aspect similarly renders it a little expected.
Some of the artworks on the exhibition are predictable too: such as Dan Halter’s Space Invader (2009), which was an obvious choice with its depictions of those large plastic carrier bags that migrants use to transport their worldly goods. In one image Halter configures them to resemble the characteristic icon from the Space Invaders video game. These same bags are pictured outside a barbed wire fence in a photograph by Mikhael Subotzky. Such obvious references to the ways in which migrant communities have been excluded in South Africa are few; mostly, the artworks delve into the phenomenon in more abstract ways.
An interesting dialogue is elicited through the works of Subotzky, Tracey Derrick and Laurence Bonvin, who all in various ways display how communities are defined and define themselves via geographic, environmental and architectural states.

Subotzky and Derrick turn their gaze to prison communities, where relationships are forced on people by their physical proximity to one another. Derrick shows the levels of intimacy that prison conditions engender among female offenders and the ways in which they try to conjure normality in these abnormal conditions.
Subotsky’s aerial shot of a prison demonstrates how architecture contains and cuts off these forced communities from the rest of society. Even within these small confined spaces, hierarchies between “us” and “them” emerge, often causing violent ruptures and giving rise to splintered sub-groups.
The prison building creates the façade of functionality, albeit that the community it contains is dysfunctional. In juxtaposing this photograph with one of the uniform box RDP houses Subotzky asks his audience to consider whether this could be said of other kinds of communities too.
In Bonvin’s photographs,   which depict an affluent complex village and its environs, he documents the way in which the privileged, dominant “us” choose to retreat inside a setting defined by architectural uniformity and clearly defined borders – just like the prison that Subotzky depicts.
For this well-to-do community, they have chosen this way of life so as to keep their sense of worth intact. But this is what also keeps them adrift from the general population. A photograph of a white wooden box, which conceals a messy jumble of electric cabling, succinctly articulates the way in which these sanitised architectural landscapes appear to present ideal living solutions in the urban environment but perhaps only offer the illusion of “paradise”.
Photographs of a rubbish-strewn natural landscape on its borders and a high-rise conurbation in the background both imply that this community cannot escape its context and the basis of its sense of harmony and beauty is in fact false. Of course, being part of this artificial village helps inhabitants define themselves in contrast to others.


Other artworks such as Andrew Putter’s Native Life (2009), Themba Shibase’s paintings and Kudzanai Chiurai’s photographs all challenge African archetypes. It is just such stereotypes that feed the dichotomy between “us” and “them”.
By far the most intriguing and interesting work on this exhibition is Gimberg Nerf’s (they are two artists who exhibit under a single name in an attempt to undermine conventional notions of authorship) installation Truth Well Told (2009).
The installation consists of two ’70s-style display cabinets with a small raft sandwiched in between.
One cabinet appears to contain the detritus of their art-making venture and the other the slick product: the design for a double-ring gadget that when worn forces and keeps two fingers crossed.
A quote on a scrap of paper in one cabinet suggests that “anyone can tell the truth” and that it takes effort to tell the “truth well”.
In other words a degree of premeditation, research and contrived efforts are required to present a more believable or concise proximity of the truth. In this way there are degrees of truth – it is a malleable entity that is constantly being improved upon. Of course, as it develops it no longer bears any resemblance to the truth.
Gimberg and Nerf proffer the double ring as a kind of solution to the conundrum; with the ring one is permitted to present lies as the truth without any attacks of the conscience In other words; there are a number of conditions under which the lying can be offered as the truth. - published in The Sunday Independent, October 7, 2009.