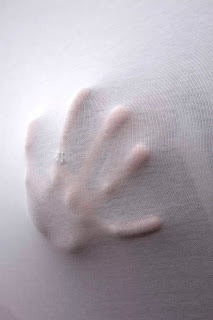 The arts matter. When one stripped back the ideas raised at many of the discussions at the 4th World Summit on Arts and Culture, one inevitably arrived back at the underlying communication driving this summit, and perhaps all the previous summits: the arts matter as never before. Marginalised by governments, civil society and business, particularly on the African continent, the arts community clearly needs to create spaces where it can assert the value and worth of creative endeavours and be surrounded, albeit briefly, by those who do not need reminding of this fact. So, of course, it was a bit like preaching to the converted; no doubt all of the 450 delegates that congregated at the Africa Museum in Joburg for the summit already had committed their bodies and souls to this sometimes trying sector.

In selecting topics which probed the role the arts play in intercultural exchange, or how the arts could facilitate world peace (or conflict) or whether the arts should be conscripted in propagating national interests, Mike van Graan, the programme director, cunningly and irrefutably established, whatever the outcome of these discussions, the arts as a powerful social weapon thus underpinning their value not only to the broader public but to political entities too. Of course, one could ask why it is necessary for art's worth to be tied to its ability to advance social agendas. In South Africa we may have a history of co-opting the arts to further political ideals but is it necessary for art to have any purpose? In the realms of the visual arts such objective-outcomes-based art is rarely ever taken seriously, it is usually an adjunct to a more serious oeuvre that is more concerned with rallying against art history than government policies.

Brett Bailey and Gregory Maqoma's 3 Colours production, which was presented at the grand opening night of the summit at the Alexander Theatre in Braamfontein, was a good example of how the arts in this country is co-opted to tackle social objectives - and employed to address a particular political agenda. Though the performance started out as a bewitching abstract piece with a host of "birds" in flowing white costumes emerging from a seemingly solid mass, it quickly became a didactic piece showing how one dominant, pure group of beings were intolerant of the new arrivals (read migrants) to their country. A violent battle ensued between the two groups until a third, enrobed in outfits fashioned from rubbish bags, piled onto the stage, further complicating the conflict and implying that migrants were a fact of life. By the end of the performance, facts about migrants were projected onto a screen behind the dancers, driving the message home with a hammer.

One of the most startling figures was regarding South Africa, where it was said that 89 percent of residents would like to see stiffer laws put in place to prevent migrants from settling in the country. Locals in the audience recoiled with embarrassment. Nevertheless this unpleasant statistic did remind the audience that given the xenophobic attacks last year, South Africa probably wasn't the ideal place to stage a summit geared to come to grips with the dynamics of intercultural exchanges. But perhaps the performance needed to air our dirty laundry before the summit, thereby fixing in the minds of delegates that South Africans owned up to their failings in this area and that the arts fraternity as a whole were seeking ways of trying to shift attitudes about foreigners. Of course, the fact that the National Arts Council (NAC), the main sponsor of the event, does not provide funding to those artists toiling in our country who hail from different parts of the continent, remained a moot point. And at the concluding media conference, Annabel Lebethe, the CEO of the NAC, made it clear that her organisation wasn't in any hurry to reappraise this policy.

In Professor Njabulo Ndebele's keynote address, he attempted to probe the barriers that hamper intercultural exchanges. He suggested that intercultural contact is about "being exposed to the unfamiliar and then having to decide to accommodate the new experience or to resist it. There are threats and opportunities both ways."
He distinguished between strangeness and difference, asserting that "strangeness is not necessarily about difference. It is about figuring out new experience; the uncertainties that accompany our encounter with what is unusual. Strangeness invites curiosity. It engages. It accepts the lack of prior knowledge and engages without judgement. It works with open-mindedness."
He warned against the efforts put forward by South Africa's new democracy to "celebrate difference", implying that it led to a false sense of harmony. "The different entities being celebrated for their difference really still remain separate, despite any political intention to suggest otherwise. The risk in this situation is that unity and solidarity are more evoked than experienced."
He implied that for "celebrating difference" to have any constructive meaning it requires "engaging with the strangeness that can sometimes result in the perception not only of difference, but also of familiarity, or even similarity. What is experienced as strange is not always different. Thus the celebration of difference or diversity, without a prior process of engagement with the experience of strangeness, may lead to the appearance of bridge-building, and restore, by another name, the past divisions it was intended to overcome."
Ultimately Ndbele's intention was to discover how best art could be harnessed so as to bring about change in society. He recommended that arts and culture institutions should identify opportunities for artworks to be vehicles of learning.
"It is about situating oneself in the time lag between the absorption of the impact of the artwork and the reaction that may follow from that impact. That is the space of planning, of designing school curricula, of holding festivals, of engaging communities in communal artistic activity designed to enable them to encounter the strangeness in their midst," observed Ndbele.

Informing the audience about the East African context, Joy Mboya, the executive director of The Performing and Visual Arts Centre in Kenya, suggested that using the arts as a social instrument had a negative effect on creativity in her country and the region during the 1970s and 1980s. "Creativity went into hibernation, the authentic voice was silenced and the development message became the priority."

In the mid 1990s sparks of creativity began to remerge and Mboya attributes the shift to artists once again making work for its experiential value.
"While the arts appear to be specially suited to building bridges across culture in our situation, it is debatable whether it was for the good of creativity ... the creative spirit should be allowed to evolve unconditionally."

Frank Panucci of the Australian Council for the Arts suggested the arts could not be a panacea for intercultural conflict and seeing the arts as an instrument for social change or art for art's sake is to advance a false dichotomy.
"They are both part of the continuum. Those roles cannot be divided, especially if you observe what happens in practice," said Panucci.

For Madeeha Gauhar, a theatre practitioner from Pakistan, art is unquestionably a tool for social change or resistance. In the face of repressive social and cultural laws in her country, Gauhar used theatre to challenge traditional edicts and western perceptions about Islam. With her play Burqavaganza, a satirical musical performance where all the actors wore Burqas, Gauhar unpacked the symbolic value of this traditional Islamic headdress. The play was banned by the Pakistani parliament and generated heated and prolonged debate.
"The purpose of the play was served. We had raised this significant issue and taken a different position from the fundamentalists," noted Gauhar.

It was clear when delegates from Western countries addressed the audience that the conditions for making art in those parts of the world are quite different from those experienced by their counterparts in non-Western and Third World destinations. Securing funding and balancing art's social and aesthetic functions appeared to be of less concern than to others, especially those on the African continent. As one Ugandan delegate observed during an informal conversation; artists in that country do not receive any government funding - there is no ministry for arts in culture in Uganda.

Inequalities between Western and non-Western countries appear to have created a power imbalance that has seen organisations in the West become the dominant sponsors of arts initiatives in Third World destinations.
And as Van Graan noted in his closing address, "For policymakers or those distributing public funding - particularly when such funding is overtly or implicitly expected to align itself with national interests - the allocation of funding is never simply about supporting the arts. For the allocation and use of funding occurs within the context of structural inequities and economic political powers and against the background of cultural struggles that are symptomatic of such inequities."

Those without resources aren't necessarily powerless, suggested Van Graan, inferring that artists can use their craft to challenge hegemony. Whether art can transform a society remains difficult to establish, certainly - as Sanjoy Roy, head of Teamwork Films, an Indian production house with interests in the performing and visual arts, pointed out - art's significance is not only intangible but is difficult to measure.
Though creative industries do generate tangible wealth, create jobs and invigorate tourism, its ultimate contribution to society isn't traceable. - published in The Sunday Independent, October 4, 2009

Posted by Mary Corrigall at 8:52 AM