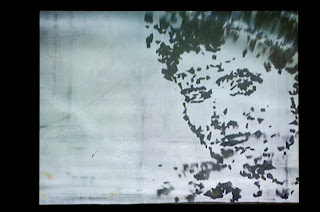 There has been a discernible shift in William Kentridge's art-making. Film has remained his primary mode of expression but the thematic focus of his work and its visual persona have altered considerably.

He no longer seems to be held prisoner by the legacy of apartheid or this continent's colonial history; thus, the grainy and feverish charcoal drawings marking memory and loss in Joburg's contested and troubled landscape that once characterised his oeuvre now seem quite clearly of another epoch of art-making.

This shift appears to have had a liberating effect on his work, giving him the space within which to engage with the dynamics of film and form, which manifest in his trilogy of films titled (Repeat) from the beginning 'Breathe, Dissolve Return'.

These video artworks were first conceived for the fire screen at the Teatro La Fenice - Venice's main opera house - so some contextual nuances may have been lost in their new setting at Joburg's Goodman Gallery.

Ever influenced by his growing preoccupation with opera, they are said to be inspired by Puccini's Gianni Schicchi or more specifically the aria O Mio Babbino Caro, so for those visitors to that famous opera house these films certainly would have resonated.

At the Goodman it is the films' fine art dimension that takes centre stage and the artist's experimentation with form in its physical and ideological dimensions that is of interest.

Kentridge assumes to challenge the fundamental essence of form in that he denies its supposed cohesiveness, demonstrating forms to be only momentarily solid.

Such ideas have all sorts of philosophical ramifications among which rational thought is explored, tying in with the artist's fascination with the Enlightenment era and its influence on the imperialist paradigm. But such references are only hinted at through his experiment and perhaps are only discernible to those who saw his rendition of The Magic Flute.

In the film one assumes functions as Breathe, pieces of black paper are only temporarily conjoined to form the silhouette of a woman before a gust of wind blows them apart and they once again become insignificant and banal bits of rubbish. This creates a sense in which image-making or art becomes incidental, reliant on the forces of nature that allow certain forms to coalesce and then scatter apart, imparting an ethereal quality to form.

There is also the feeling that when we see the image of woman it is because we are looking for her, and that we, humanity, are constantly searching for meaning, which we do by organising shapes in such a way that they become significant, reflecting images of the human form. Kentridge appears in the forefront and as he waves his hand in the air the pieces of paper fall into place, implying that he, the artist, is like some sort of magician or conductor.

Kentridge achieves this effect by reversing the film so that what we see coming together is in fact how it appeared in the beginning. This recalls a video artwork he showed at his retrospective in 2005 called 7 Fragments of George Méliès, in which he employed a similar technique gleaned from the French filmmaker. Conceptually, this effect has an intriguing resonance in that it suggests that what the audience perceive as the coming together of forms is in fact an illusion that the artist creates.

As the title of the films implies, Kentridge is also interested in the temporal character of film or video art, where always played in a loop it never truly begins or ends. In this way a linear sense of evolution is denied and the film is caught in a process of becoming.

And so it is that a series of generalised questions are aimed at the artists - about their use of colour, for example. Maybe herein lies the documentary's central flaw - Dumas and Kentridge are too heavily directed in terms of their exchange. Meyburg should have permitted them to converse more freely, allowing them to determine the content. It would have been more interesting to witness an unimpeded conversation between them.

While it is interesting to hear how differently they respond to questions, the film does little to bring the true character of each artist's aesthetic to the forefront, giving viewers a very superficial glimpse into the ideas that inform their practices. Some effort was made to bring some "behind the scenes"realities into the frame by showing footage of them in their studios. Perhaps Dumas with her proclivity for self-deprecation (why is this trait so common among female artists?) is more open to revealing herself than Kentridge.

In these scenes Dumas's status as a world-acclaimed artist are debunked when she shows her unsuccessful paintings. Of course, it is in seeing these duds that one is left with an enhanced appreciation of her work and one begins to grasp the elements that define a successful work for her. As for Kentridge, although viewers are privy to the interior of his home, his most intimate space, he remains aloof. This might well have been Meyburg's own doing in which she projected her own desire to cast Kentridge as the mysterious male artist/genius.

This documentary may be of interest to fans with a perfunctory interest in these artists but those looking to discover deeper insights will be disappointed. What this documentary ultimately proves is that Kentridge and Dumas have very little in common other than being two of the country's most internationally acclaimed artists. Unfortunately that doesn't prove sufficient basis for a stimulating exchange. - published in The Sunday Independent, July 5, 2009.
Posted by Mary Corrigall at 8:39 AM No comments: 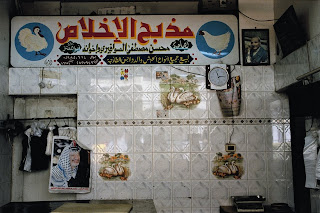 Posted by Mary Corrigall at 8:28 AM No comments: